The Price of Oil (2019) is a 20-min experimental animation that recycles materials from both digital and print archives. As an example of archiveology, the film took the filmmakers more than a year of archival research to curate and collect all the materials for the completion of the film. It has used various stop motion techniques and programming in video editing software.

The music piece, originally written by the American composer Frederic Rzewski in 1980 and performed by the Buffalo-based music collective Wooden Cities, is inspired by a contemporary disaster in which the “Alexander Kielland,” a floating platform used to house oil-drilling workers in the North Sea, capsized, killing 139 people. The film consists of an interplay between two characters, an oil dealer in the Rotterdam market and a worker/survivor of the disaster. The two characters never meet, but both, in the composer’s words, “make up complementary parts of a superstructure which governs their individual behavior, and whose functioning in turn depends upon their active presence. Both [are] caught in a tragic design over which they have no control, manifesting itself on the one side as greed, and on the other as need.” 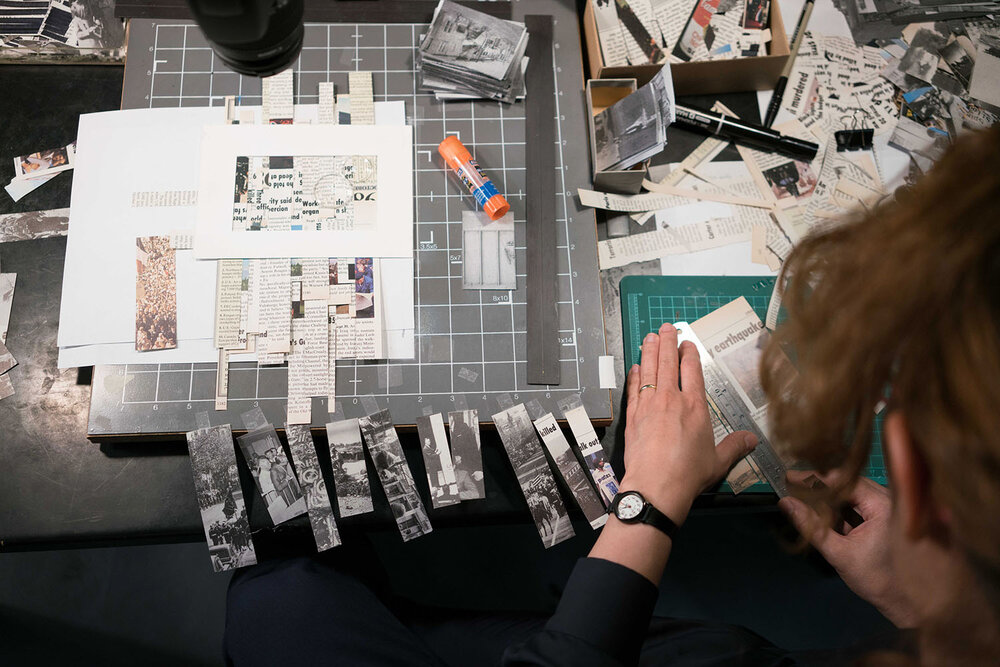