In the absence of a thing — think of a demolished building or ruined architecture — our imagination is provoked; the mind fills the void, imagining new different versions of the vanished, obliterated or lost. The lost is inevitably so fragmented and varied through imagination as well as imaging. How do we speak about or image something that once was too concrete but now isn’t, as it no longer exists in the present moment? How can we re-imagine the lost?

Our imaginations of a place come from past pictures, built on our memories of films or other people’s stories, to name only a few. There is a poetic quality in such translations (the actual into imagination). An aesthetic phenomenon happens in interaction with the absent, such as when one tries to imagine it, it feels like the physical structure is transformed into a soft picture, an ephemeral idea, a palimpsestic canvas in mind; the lost becomes so vague, stretched, and morphed, like a reflexive surface. The lost architecture is imagined/imaged like a phantom, a space of oscillations between the fantastic and the realized. Isn’t it like a shadow that overrides its own body? The dominant masculinity of architecture can become female, affective and queer in our imagination and imaging. In the absence of the monumental thing, its coherence becomes unfixed, the permanence of the solid form becomes transient and soft.  This is a state in which the architecture tangibly becomes fluid in constant revisions through our imagination, speculation and invention; it is the absence that traverses the presence, the impossible that becomes possible.

Embodied Landscape is a multimedia project that reflects on the history of a lost and forgotten architecture in Buffalo: The Marble Temple. Built in 1913 for M&T bank’s former headquarters, the White Marble Temple once was an iconic building in Buffalo with four stories high and the interior finished with splendid white marbles. However, the building was demolished in 1959 and its marble columns have been partly preserved: some now stand at Baird Point next to Lake LaSalle on the University at Buffalo’s North Campus (dedicated as a memorial to servicemen and servicewomen), while the rest remnants of the columns remain in Buffalo’s Outer Harbor, in different locations in the site of Wilkeson Pointe Park.

Embodied Landscape uses film, dance, music, poetry and locative media to suggest a meditation on the idea of architecture as ‘event’. The video captures a sensory and tactile relationship between different bodies and builds an imaginary, filmic landscape through the juxtaposition and contact between the female body and the bodies of white marble stones.

The project is also on view here 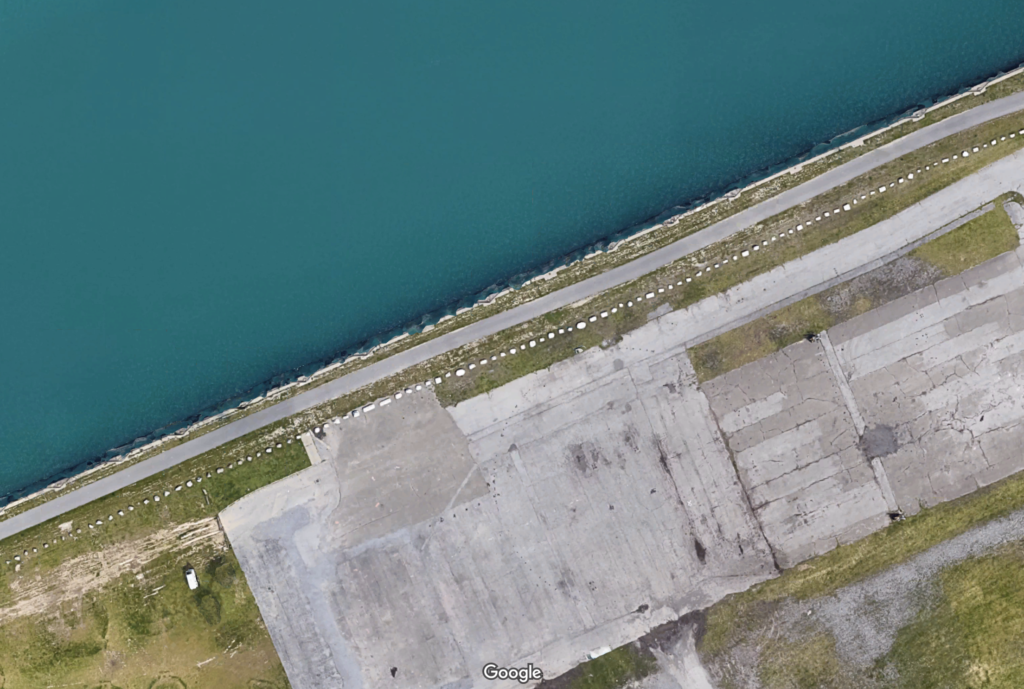 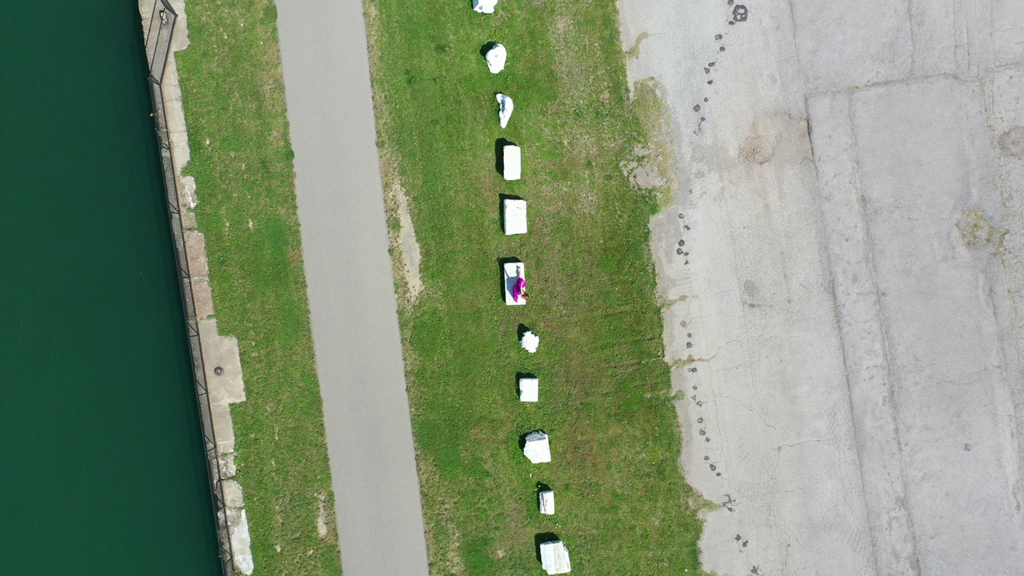